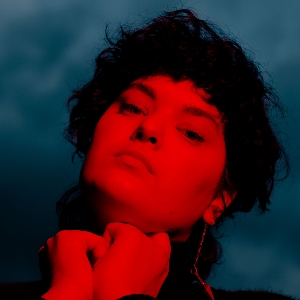 “if it were as easy as Adult Mom makes it sound to write pop gems this endearing in their honesty, everybody would be doing it” - DIY, 4*

“Driver... is an existential reclaiming” - The Line of Best Fit

““Sober” [is] perhaps the most sonically clear song yet from Adult Mom – but the lyrics and themes bear their signature realness.” - Beats Per Minute

Driver, the third studio album from Adult Mom, is out today via Epitaph Records.

“This record has been years in the making, not only recording and production wise, but emotionally as well,” says Knipe. “I can never be on the other side, above the trees, looking at my music with fresh eyes and ears, but I am the proudest I have ever been. This record is about agency, control, and the connections to yourself that you can make while you put yourself back together.”

Earlier this week, Adult Mom shared ‘Breathing’ from the record, a song written about coping with an intense depression driven isolation which followed previous singles ‘Berlin’, ‘Sober’ and ‘Checking Up’.

Co-produced by Stevie Knipe and Kyle Pulley (Shamir, Diet Cig, Kississippi), Driver sees Knipe delve into the emotional space just beyond a coming-of-age, where the bills start to pile up and memories of college dorms are closer than those of high school parking lots. Ultimately seeking the answer to the age-old question posed by every twenty-something; what now?

Over the course of 10 tracks, Knipe sets out to soundtrack the queer rom-com they’ve been dreaming of since 2015. Driver incorporates an expert weaving of sonic textures ranging from synths and shakers to ‘00s-inspired guitar tones which convey a loving attention to detail. Lyrically, Knipe radiates an unmistakable honesty mixed with a level of wit and a sense of humor producing intimate yet relatable indie pop songs.

Adult Mom began as the solo project of Stevie Knipe at Purchase College. Adult Mom now falls between the playful spectrum of solo project and collaborative band with beloved friends and musicians Olivia Battell and Allegra Eidinger. Since forming in 2012, Adult Mom has released five EPs and two full-length albums; Momentary Lapse of Happily (2015), and Soft Spots (2017). Knipe writes clever and intimate indie pop songs that offer a glimpse into the journey of a gender-weird queer navigating through heartache, trauma and subsequent growth.