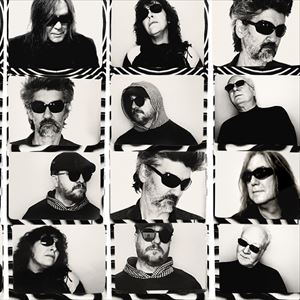 Please note the booking fee for this event includes a Venue Fee of £1.25 which is charged by the venue

All The Magnetic Fields performances

The Magnetic Fields are pleased to announce a series of concerts planned for the early summer and early fall, 2022. The dates will take place in a mix of outdoor festival stages and intimate indoor venues throughout the UK and Europe. The band will perform intimate and orchestral arrangements of songs spanning their three-decade career, including material from their iconic triple-album 69 Love Songs. Lead singer/songwriter Stephin Merritt will be joined by Magnetic Fields’ members Sam Davol, Shirley Simms, Chris Ewen, and Anthony Kaczinski.

The tour celebrates the 2020 release of the band’s 12th album, Quickies, on Nonesuch records. Quickies is a beautifully crafted album of 28 sly, funny, miniature songs, each of which is between 0:17 and 2:35 in length. Merritt states that the idea for Quickies developed while he was in the studio recording his multi-disc autobiographical record, 50 Song Memoir: “I didn’t have anything to do at night, so I doodled essentially and wrote a lot of short things that seemed complete on their own.” The result is a perfect sampler, as Michael Hill writes: “bursts of melody and lyrics sketching in dreams and desires, erotic reveries, and wishful thinking”.

2022 also brings out a special 30th-anniversary vinyl edition of The Magnetic Fields’ 1992 EP, The House of Tomorrow, on Merge records.

To date, Stephin Merritt has written and recorded twelve Magnetic Fields albums, including 1999’s beloved 69 Love Songs and 2017’s critically acclaimed Nonesuch box set, 50 Song Memoir, which chronicled the first fifty years of the songwriter’s life with one song per year. New York magazine called the box set “a celebration of Merritt’s sky-high range as a writer and a player … a delightful flip through the untold back pages of one of rock’s most singular voices.”

Merritt’s song "The Book of Love" was covered by Peter Gabriel in 2010, was placed into numerous films and TV shows, singing and dancing competition shows, and has also become a wedding favourite. Merritt has composed original music and lyrics for several music theater pieces, including an off-Broadway stage musical of Neil Gaiman's novel Coraline, for which he received an Obie Award. Stephin Merritt also releases albums under the band names the 6ths, the Gothic Archies, and Future Bible Heroes.