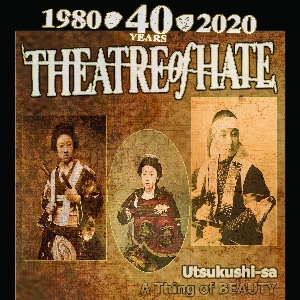 All Theatre Of Hate performances

Gothic post-punks Theatre of Hate formed in Britain in 1980; led by singer/songwriter Kirk Brandon, formerly of the Pack, the original group also comprised guitarist Simon Werner, bassist Jonathan Werner and drummer Jim Walker. Immediately recognized as one of the era's premier live acts, Theatre of Hate debuted in 1981 with the concert LP He Who Dares Wins Live at the Warehouse Leeds; soon after, Brandon dismissed the remainder of the group, assembling a new line-up comprising guitarist Billy Duffy, bassist Stan Stammers, saxophonist John Lennard and drummer Nigel Preston (who was soon after replaced by Luke Rendle). Another concert recording, Live at the Lyceum, followed in 1982 before Theatre of Pain entered the studio with producer Mick Jones of the Clash to record their proper debut, Westworld; the album went on to reach the UK Top 20, also launching the Top 40 single "Do You Believe in the Westworld?" He Who Dares Wins Live in Berlin followed in late 1982, but by this point the group was beginning to disintegrate, with Duffy exiting to form the Cult; a second studio album, Aria of the Devil, was recorded but went unreleased. By 1983, Brandon had founded a new unit, Spear of Destiny.